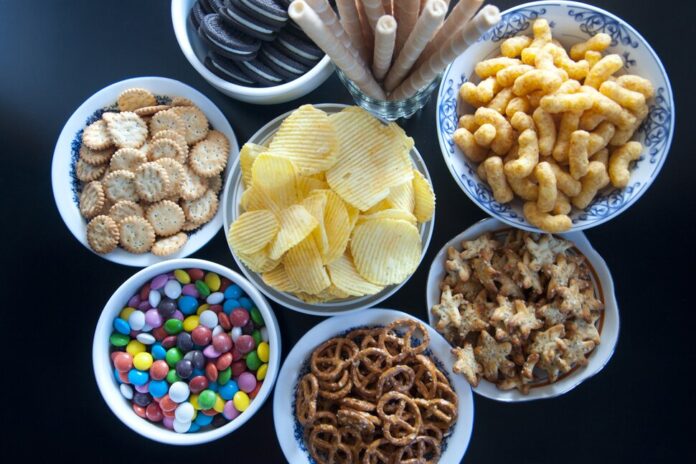 Getting your healthy food habits back on track turns out to be harder than we think.

We try. We plead with ourselves. We beat ourselves up. We seek therapy for our out-of-control eating. We hope that today will be different, but by 10 a.m., we’re looking for whatever carb-laden leftovers we can get our hands on.

What the heck happened? Why did I let myself lose so much control over the holidays? How could I desire a change so desperately but be unable to make it happen?

The answer to all of these questions is the same: Addictive cueing.

If you’re having trouble rewiring your eating habits after the holidays, you’re likely experiencing the intense cueing of an addiction to processed foods that you probably didn’t even know you had. It explains why we lose control over the holidays. It explains why the loss of control gets worse with each seasonal meal. And it explains why it gets harder and harder to get back on track. Happily, addictive cueing also shines the light on the path back to control over food and a healthy body.

The story begins in the mid-1980s. Within 20 years, the obesity/overweight rate grew from about 45% of all Americans to over 70% as quantities of sugar, fat and salt increased in processed foods and they became more ubiquitous.

The result is that millions of people around the world are now stuck with addicted brain cells in the reward region of the brain. Through Pavlovian conditioning, those cells are now trained to pump out a flood of craving neurotransmitters in such high volume that they easily override any other source of control over behavior.

We’re eating even when the frontal lobe is screaming for us to stop. We’ve got a really distressing problem, but the key is to recognize it as a problem of mechanics in the brain. The flood of food cravings is triggered by anything that we associate with processed foods. These are called associative cues. Processed foods are highly addictive, and our brain has gotten them mixed up with seeking real food for survival.

It helps to remember that famine or starvation has been a leading cause of death. As described by Mark Bittman in his book “Vegetable, Animal, Junk,” France experienced 10 famines in the 900s and 26 in the 1000s. Millions of Irish died in the 1840s due to the potato blight even while English landowners exported food crops for profit. This scenario was repeated when Britain colonized India. Famines in India increased by one every 100 years to one every three years as the English appropriated farmland for exported crops. Between 5 to 10 million died in the 1870s. The same occurred in China in the 1870s when Britain took over farmland in China to produce tea. It’s estimated that 30 million Chinese died in the 1870s. This happened again in Ghana when crops changed to cocoa and coffee and in Senegal with the advent of peanuts.

Survival food-seeking marks every detail so you can find the food again and avoid perishing from famine. Whenever the addicted or the food-seeking brain notices one of those details, it dictates your eating behavior. It’s an automated response.

Foods to Toss When Starting a New Diet. ]

The mix of severe addiction with survival instinct food-seeking is why a million Americans die every two years from diet-related diseases, like heart disease, cancer, diabetes and more, according to the Centers for Disease Control and Prevention. Everyone wants to stop eating processed foods yet they can’t.

The entire name of the game for getting your food back on track is to pay attention to the cues that your brain has learned to associate with processed foods. These cues are the reason you cannot get back on track to healthy eating.

Is it hopeless? Not at all. Is it going to take a whole lot of hours to make the addiction stop? Oh, yes.
Overcoming cued addictive craving flooding in the brain takes two tracks.

The first is to avoid cues altogether. This can be a long slow process, but it’s worth it. Start to notice when you get hit with cravings for processed foods: What just happened? What were you watching? Is that a cue for overeating? Who did you interact with? Could that person be a cue to the trigger? As you build awareness of the sources of triggers, ask yourself how you could avoid exposure to that cue.

The second tip is to prepare ahead for unavoidable exposure to cues. Do this the same way you might learn a new word in a foreign language. Write the cue on one side of a paper. On the other side, write the consequences of eating the craved food. You’re developing a great defense called pain avoidance. You’ll think of the pain, and the desire for the food will diminish. You can do this!

Foods That Age You 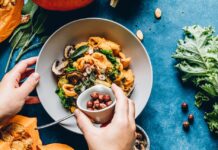 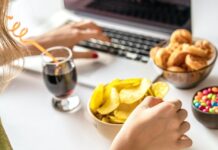 Foods We Eat Too Much of 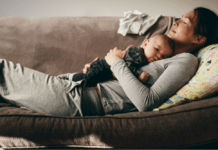 Anxiety, Pregnancy and the Pandemic: COVID-19 stress is taking a toll on expectant parents

WHAT I EAT IN A DAY | REALISTIC & NON-RESTRICTIVE.

WHAT I EAT/Full Day of Eating + RECIPES